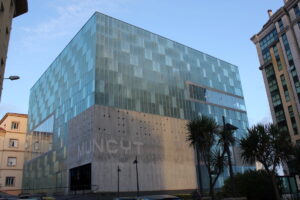 MUNCYT’s mission is to promote scientific knowledge and culture.

The main objectives of the Museum are:

MUNCYT preserves more than 17,000 objects including scientific instruments, technological devices, transport vehicles, machine tools and industrial tools from the 16th Century to the present day. Most of these pieces come from schools and secondary schools, universities and scientific institutions, private collections and donors.

The dissemination programme of the Museum includes the design and production of exhibitions based on objects on its collections, which pursue the particular benefit of enhancing the scientific and technological heritage. At the same time the museum produces other exhibitions of a conceptual nature, with the general commitment of disseminate science and technology and promote scientific culture among citizens.

In addition to the exhibitions it presents at its headquarters and associated centres, MUNCYT contribute in many ways to the dissemination of science and scientific heritage: books and magazines presentation, conferences, recreational-scientific activities and educational workshops, special commemorations, international years, anniversaries of societies and science academies, open days or cinema. It also collaborates in the training of Science teachers and publishes catalogues and outreach materials.